The latest report from the Federal Reserve Board of Governors provides insight into how card fraud trends are impacting issuers, specifically related to debit and prepaid card fraud losses.

The latest report, issued March 21, compiled the latest available data on interchange fee revenue and issuer fraud losses as it relates to debit transactions to provide FIs with an overall outlook into how fraud patterns are shifting and how EMV chip card adoption is impacting counterfeit card fraud.

"This shift reflects a number of factors, including an increase in losses from card-not-present fraud, which typically fall more heavily on merchants, as well as merchants bearing more of the losses for both dual-message and single-message transactions," the report concluded

Single-message debit used typically used in PIN-debit transactions, while signature debit as well as credit cards have used the dual-message format. Dual-message refers to transactions in which the clearing and settlement message comes after the authorization.

With the adoption of EMV shifting the fraud liability, merchants absorbed 53 percent of losses from fraudulent transactions at covered issuers in 2017. That was up from 39 percent in 2015. Issuers absorbed 42 percent in the same time period ‚ down from 58 percent in 2015. Specifically as it relates to EMV, the report indicated the impact EMP is having on counterfeit card fraud. 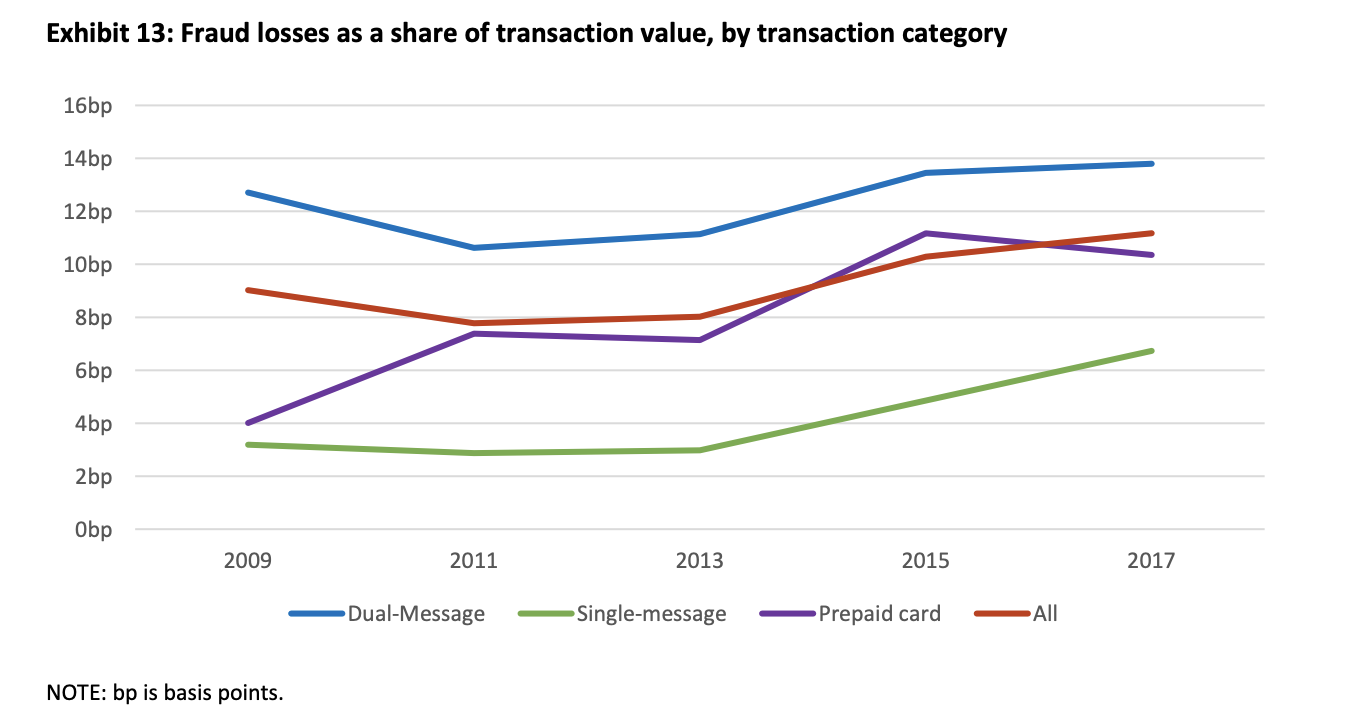 The report also breaks down data by fraud type as a share of transaction value. 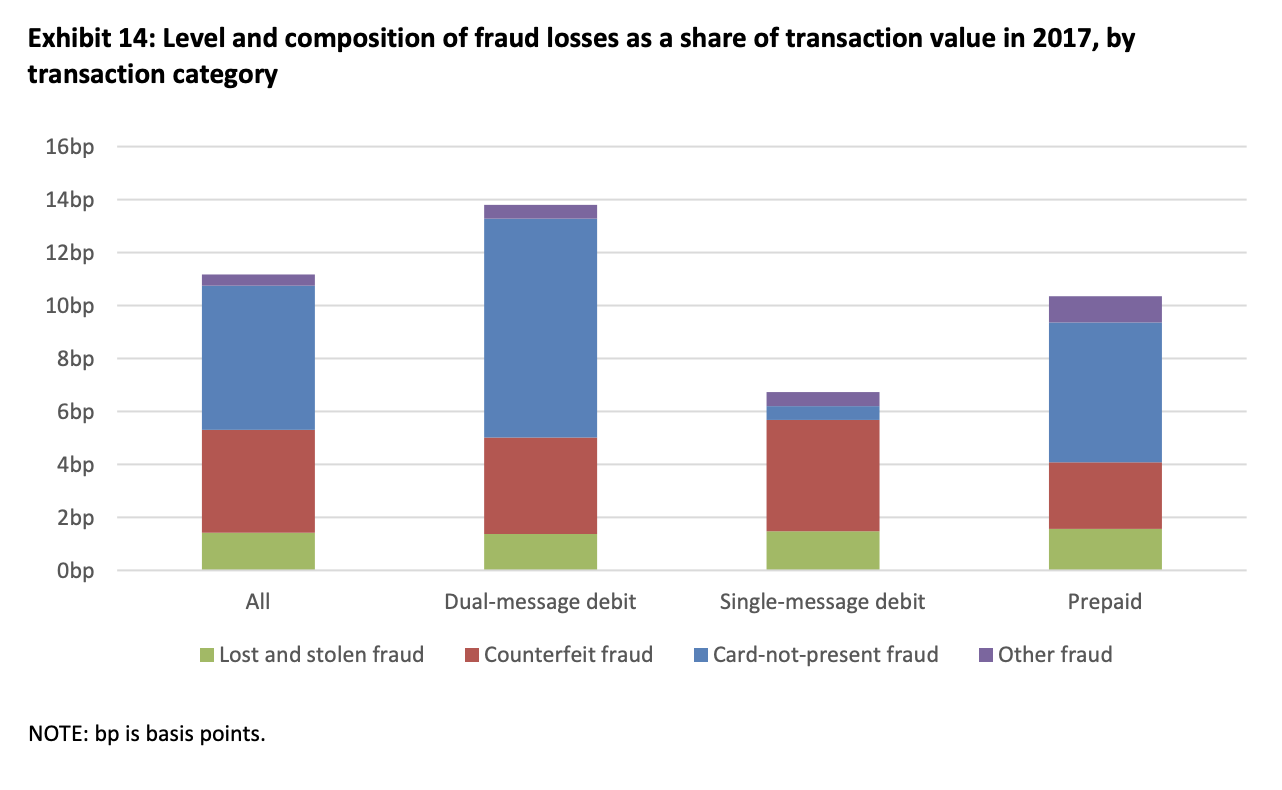 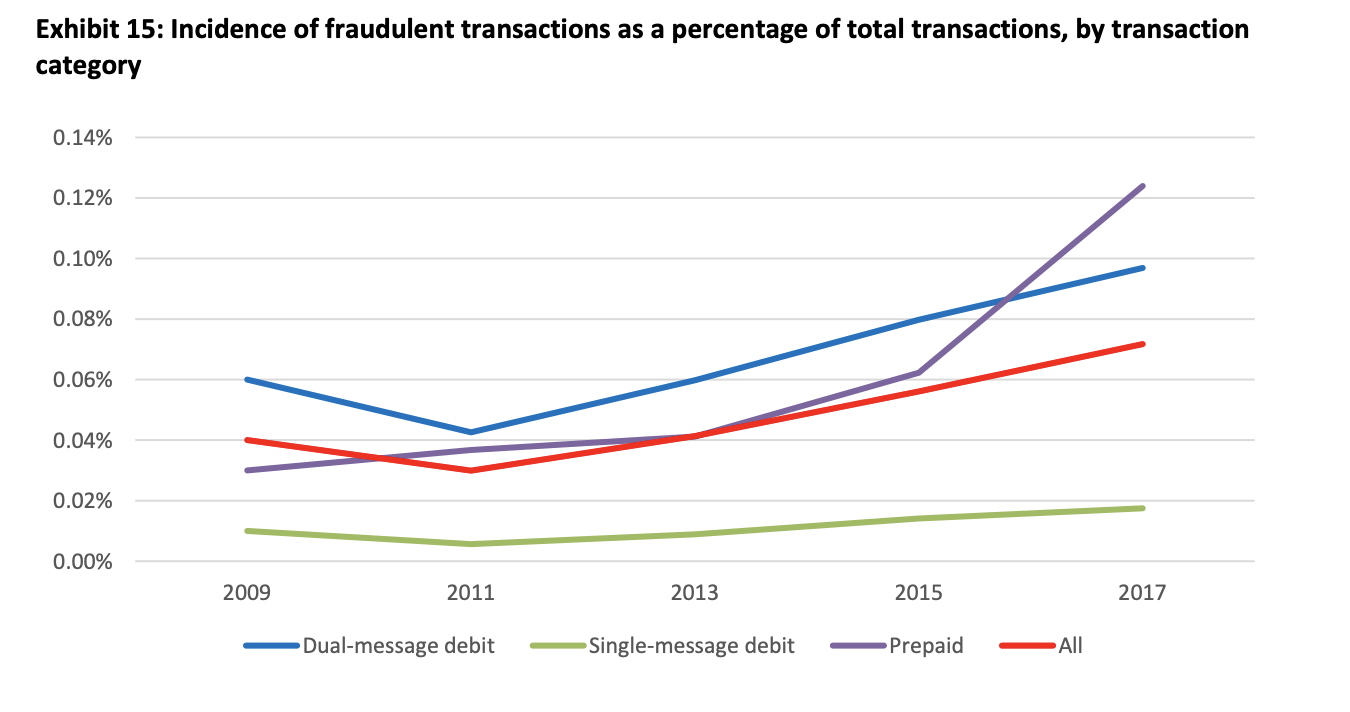 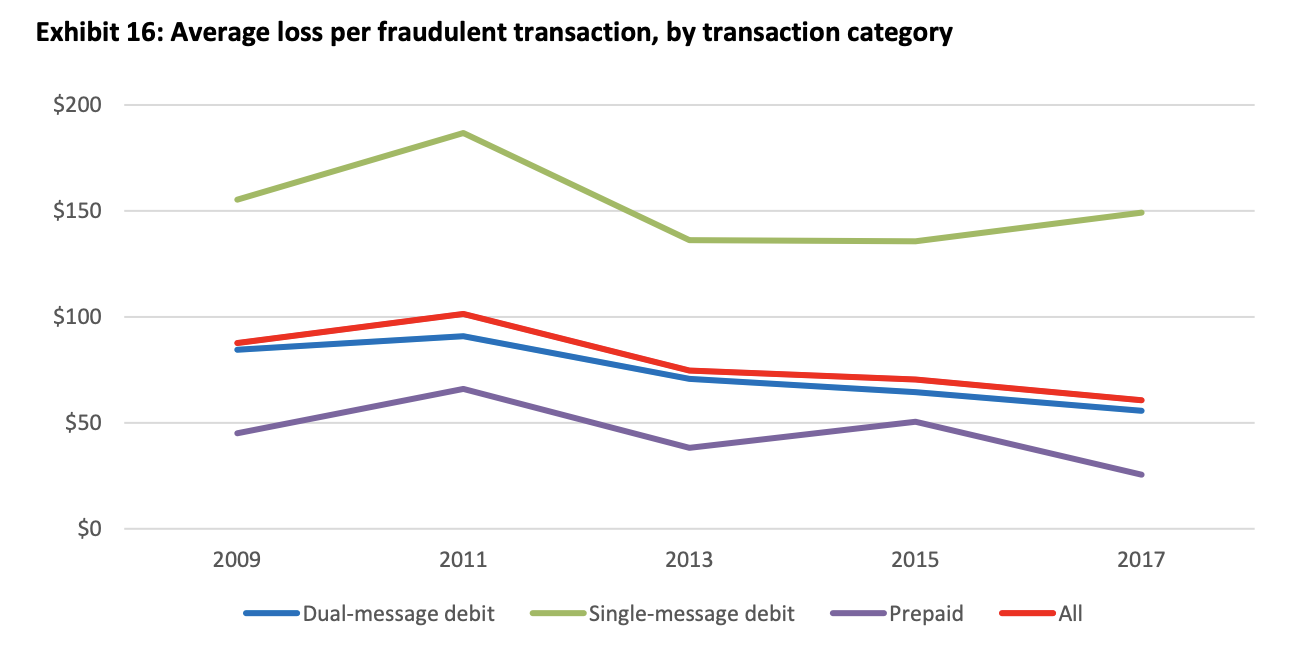 The report also showed how issuer losses vary greatly across the various transaction categories as it relates to the various types of fraud incidents. 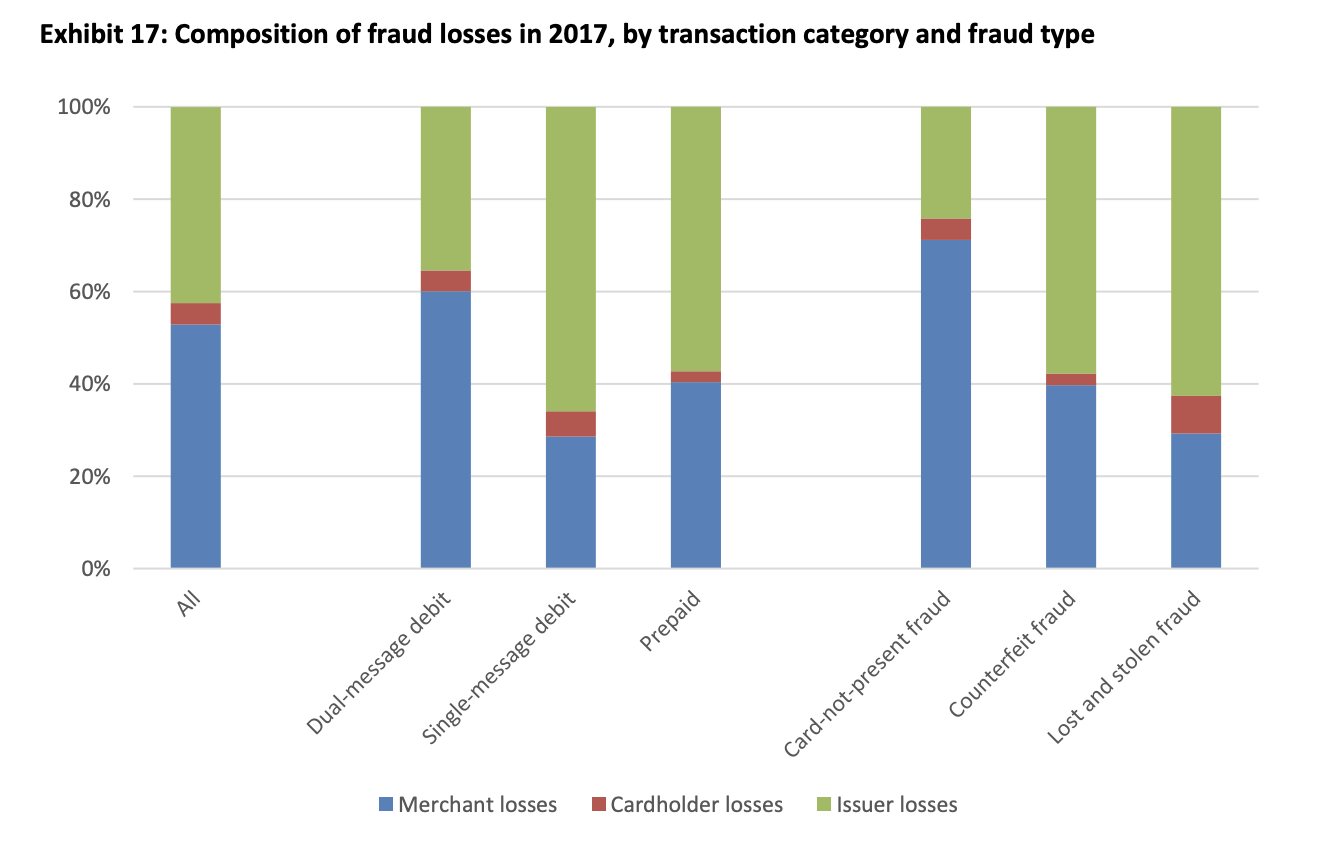 REPORT NOTES: The fraud data presented in this section are from the DCI survey and, therefore, only apply to issuers covered by the interchange fee standard.21 Because these issuers constitute a particular segment of the total population of debit card issuers, their fraud experience may not be representative of debit card issuers as a whole. As a result, estimates of aggregate fraud that might be derived from these data could differ from those based on information that reflects a broader set of issuers.