What You Need to Know About the CFPB's Arbitration Proposal

Last Thursday, the Consumer Financial Protection Bureau issued a set of proposed rules that would put an end to the mandatory arbitration clauses that you see in many bank and credit card contracts today. This announcement has already seen a wealth of commentary from industry associations to legal experts and consumer advocates, but how did we get to this point? What data on arbitrations was used to make this decision? And how will this inevitable regulation affect banks moving forward? We’ll cover it all below.

How Did We Get Here?

The CFPB was created in 2011 as part of the Dodd-Frank Wall Street Reform and Consumer Protection Act. Congress required the CFPB to study the use and impact of mandatory arbitration clauses on consumers, and also gave the Bureau the power to issue regulations that are in the best interest of the public.

In March of last year, the CFPB provided a 728 page report to Congress, detailing the use of arbitration clauses in consumer financial contracts, how they work, and consumers’ knowledge of how they work.

How Do Arbitration Clauses Work?

An arbitration clause has a privately appointed individual - an arbitrator - resolve claims between the two parties (consumer and financial institution). In the case of mandatory clauses, either party can mandate or require that the conflict be settled through arbitration, instead of through the court system. These clauses are also known as “pre-dispute” because they are agreed to before a conflict ever arises.

What the Report to Congress Found

But overall, very few consumers ever even think about bringing individual actions against their financial institutions - whether through arbitration or in court. The CFPB study found that class action lawsuits provide a much better and more effective way for consumers to take on “problematic practices” by these companies. Class action settlements reached nearly $3 Billion in the five years studied, but perhaps even more important is the large public-facing scale of these actions that require companies to actually change their behavior. With arbitration clauses in place, class actions and their benefits to consumers are blocked.

The proposal the CFPB is currently seeking comments on would effectively ban any mandatory arbitration clause (in new contracts) that prevents consumers from seeking to joining together to sue their financial institution for wrongdoing. In the announcement, the CFPB used the phrase “contract gotchas,” that they felt have wrongly denied consumers their day in court.

“Signing up for a credit card or opening a bank account can often mean signing away your right to take the company to court if things go wrong,” said CFPB Director Richard Cordray. “Many banks and financial companies avoid accountability by putting arbitration clauses in their contracts that block groups of their customers from suing them. Our proposal seeks comment on whether to ban this contract gotcha that effectively denies groups of consumers the right to seek justice and relief for wrongdoing.”

Besides opening up a new avenue for consumers to pursue retribution, the CFPB also feels the proposal will incentivize companies to abide by the law, since arbitration is often seen as a way for companies to avoid being held accountable for their actions.

And lastly, the proposal would require any companies who do use arbitration (that’s not mandatory) to submit all claims filed and awards issued to the CFPB for review so that the Bureau can more easily understand and monitor the arbitration process.

What Does This Have to do With Fraud Mitigation?

Just last week, we stumbled upon two articles that cited the consumer frustration with the current fraud detection and mitigation process. In fact, the Consumers’ Association of Canada is calling on banks to be more transparent about card fraud for this very reason. The president of the association, Bruce Cran, said they have received record levels of consumer complaints about compromised cards - many consumers citing multiple compromises of the same account. An article in the Cleveland Plain Dealer that same week addressed the exact same issue. We hear this echoed at many financial institutions we speak with that consumers are pressuring for this information and want to know what’s being done to protect their accounts.

With litigation hurdles largely being moved out of consumers’ way, is it too much of a stretch to think that the anger and frustration around this process could move them toward a claim of negligence? We certainly hope not, but it’s not out of the question.


We’ve covered quite a few hot regulatory topics in the past several weeks. Catch up on them all in one click below: 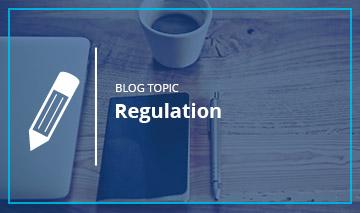